I was sniffing some web traffic for a while, I think i finally got something interesting. Help me find flag through all these packets.

This was a fairly easy forensics question, although it could of easily been worth 150 considering how much easier the other forensics ones were. It combined a packet capture with some python programming for basic cryptographic ciphers.

All we got was

After that didn’t work, I inspected it in wireshark, our great packet inspection tool, and was given a huge list of packets(2000 to be exact).I spent some time following several TCP streams (right click packet -> Follow TCP Stream) and we can see the packets included traffic from reddit, facebook and symantec to name a few. 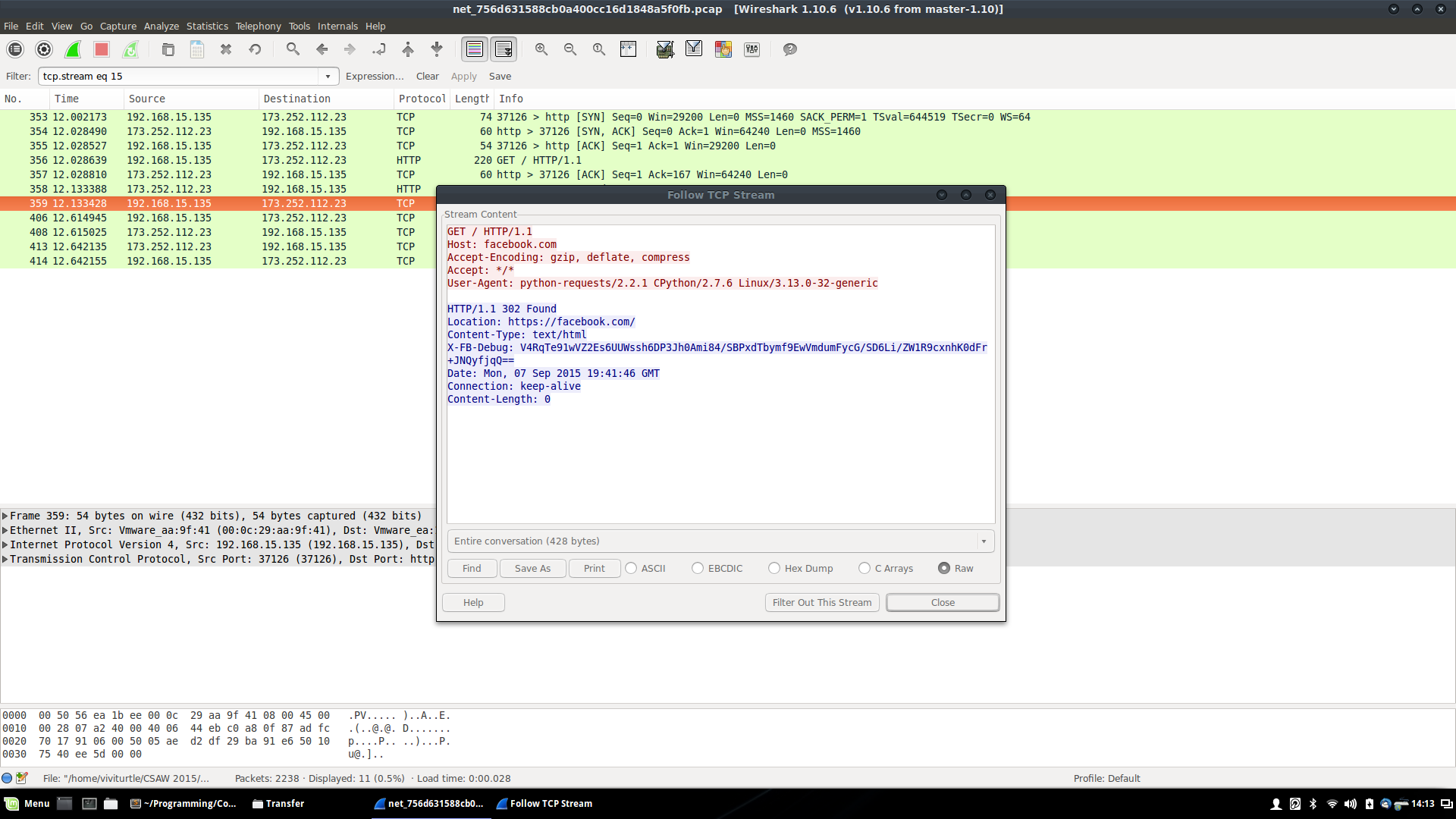 When we get to packets 150-300ish, we see something very interesting. 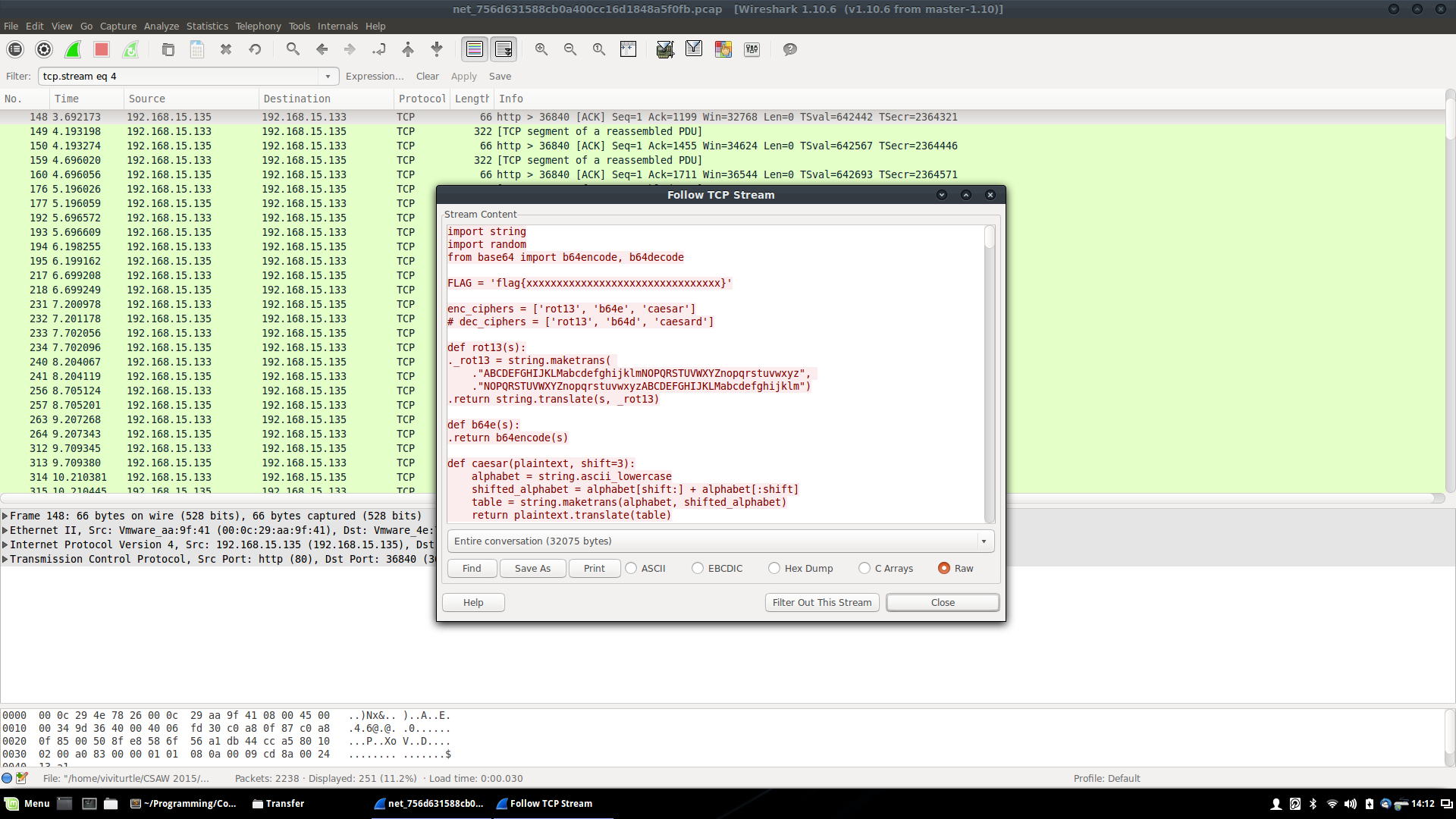 We can clearly see the flag is somewhere in there, so I saved the file on my pc. After dissecting what this is, it is clearly python code in which some “flag” was encrypted with caesar ciphers, rot13, and base64, all of which are broken.

What this script did was loop through a certain unknown amount of iterations and randomly chose a cipher to apply whether it was base64, caesar or rot13.

For those of you new to cryptography, caesar cipher is a simple shift of characters. In this case the default value was 3, so “A” would become “D” and “B” would be come “E”. Rot13 is pretty much the same thing but with 13 letters. Lastly, Base64 is just a way of encoding data to use the full alphabet from a-z, A-Z and 0-1, and a few punctuations. In this way data can be represented not just with A-Z and A-F (Hexadecmial) or just ASCII.

After it was applied, it appended the index+1 of the cipher in enc_ciphers to signify which cipher was done

From this code we clearly see what we have to do is take the first integer of the output (which is the long string after the print), subtract one, and apply the decryption cipers (which we had to make) based on that integer. We can keep doing this until the final string contains the word flag. The following code is my final code to get the flag.